This is the official site of the Conservative Party of Canada (CPC) Electoral District Association for Port Moody -- Coquitlam.

This Association consists of members of the Conservative Party of Canada who reside within the Port Moody -- Coquitlam Electoral District boundaries (see below.)

At the Annual General Meeting members vote for a Board to oversee the affairs of the Association.  The Board is responsible for finding a candidate as well as the funds and volunteers to get the candidate elected.  There are no paid positions. The Association is run by volunteers with the assistance of CPC staff. 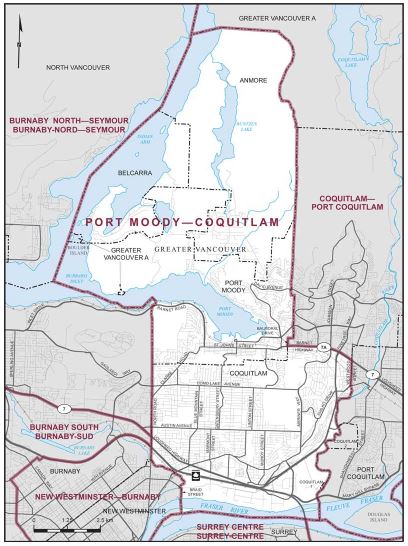 Port Moody -- Coquitlam was created in 2013 when 31 new electoral districts were added to accommodate the growing population shifts across Canada.

The Conservative candidate in the 2015 election was Tim Laidler.

The riding elected Conservative Member of Parliament Nelly Shin in 2019

The Conservative candidate in the 2021 election was Nelly Shin

Contact the current Member of Parliament at this link.